Last week, the first article of this three-part series on avoiding boomer boredom focused on (1) finding your essential self, (2) reintegrating yourself and (3) starting a lifestyle business.Â  This week, weâ€™ll take a look at three more boomer boredom fighters.

Why all the concern about boredom?

Boredom can lead to the development of non-healthy habits and erosion of the good habits that contributed to previous life and career successes. Â Stagnation and even narcissism are by-products of boredom as is the threat of a slide into depression.

The evidence is overwhelming that depression and other dark-side elements are becoming significant factors in the lives of retired boomers. For instance, these sobering facts are emerging:

Here are three more anti-boredom suggestions for you to consider:

#4: Adopt generativity as a goal.

Deep down, donâ€™t we all want to check out having left a footprint of some sort?Â  Generativity is one path for accomplishing that.

Erik Erikson, Pulitzer Prize-winning developmental psychologist best known for coining the term â€œidentity crisisâ€, put forth a life model with an adult stage that includes the task of â€œgenerativity.â€Â  Merriam-Webster Dictionary defines generativity as â€œa concern for people besides self and family that usually develops during middle age; a need to nurture and guide younger people and contribute to the next generation.â€

Sara Lawrence-Lightfoot is a Harvard professor and preeminent expert on the importance of relationships in the development of young people.Â  As an advocate of generativity, she underscores the importance of boredom avoidance by stating that those who fail to be generative in this late adulthood period â€œ â€“ are prone to stagnation and narcissism.Â  They often begin to indulge themselves as if they were their one and only child.â€

Weâ€™ve all seen friends, family members, acquaintances or former workmates slip into roleless, goalless lifestyles in retirement. Invariably, the results are an accelerated physical and/or mental decline.Â  Conversely, weâ€™ve all likely known those who have sustained a vibrant vitality and perhaps an extended longevity through their commitment to volunteerism or other methods of generativity.

The opportunities for generativity are endless and varied.Â  Maybe itâ€™s being a tutor for underprivileged, inner-city kids; or providing resume writing and interview skills training for new tech school graduates; or participation in a Big Brother program.

Whatever form it may take, it is guaranteed to kill boredom when itâ€™s aligned with a passion and a skill set.Â  Personally, I never achieved the level of motivation and daily enthusiasm in the corporate world that I do now in my own version of generativity.Â  Iâ€™m striving each day to craft an effective message and process to help the one or two generations behind me to overcome ageism and the negative voices around them about aging and to unleash the power and impact they can bring forward in their second half of life.

Hand-in-glove with #4, becoming a mentor is a concentrated form of generativity. Bringing forward skills and experiences gained in the first 40-50 years of life and career can provide advice and connections that can help a mentee, or group of mentees, reach heights otherwise not possible alone.

But there is also a serendipitous,Â anti-boredom component to mentoring.Â  Mentorship benefits are shared by both mentees and mentors.Â  In a successful mentoring relationship, the mentor gains new perspectives and experiences growth along with satisfaction by providing guidance to the mentee.

Being a mentor helps one to become a more understanding human being and helps keep skills fresh and minds young.Â  To not mentor may mean losing touch with our own excellence.

Author, speaker, and coach John Maxwell reminds us in his bookÂ â€œIntentional Living: Choosing a Life That Mattersâ€Â that â€œ- significance and selfishness donâ€™t go together.Â  You cannot be a selfish, self-centered person and live a life that matters.â€Â  He also reminds us that most people who donâ€™t add value to others do it, not out of hate or self-centeredness, but out of indifference.Â  Indifference and a life of significance cannot coexist.

I wonder.Â  Could indifference be a first cousin to boredom?

He has a number of fundamental rules that have guided his success and that he teaches his coaching students.Â  He has a book entitledÂ â€œThe Laws of Lifetime Growthâ€Â in which the first law is â€œAlways make sure your future is bigger than your past in terms of what you are interested in and what your goals are.â€

Howâ€™s that for a boredom antidote?

Accompanying this rule, Sullivan has, for years, kept a rolling 25-year plan out in front of him with progressively bigger and more aggressive goals built on what each succeeding year has brought him in terms of new learning and technology developments. His life and impact get bigger every year.

At 74 (in 2018) and with a goal of living to 156, I have a hunch he will be around longer than most and will continue to rack up successes in transforming lives much longer than others in the coaching professions.

Antithetical to the core!

Yup, itâ€™s all antithetical and totally contrarian.Â  It flies in the face of what weâ€™ve been led to believe that this final phase of life is destined to be:Â  a time to land, not launch; a time to wind down, not wind up; a time to kick back not kick-off; a time to ebb not flow; a time to decline, not develop; a time to retire, not rewire.

Social expectations will tell us a 25-year plan at 55 or 65 or 75 is nuts. Certainly, Iâ€™ve grown accustomed to the raised eyebrowsÂ when I reveal that, at 76, Iâ€™m refining my 25-year plan.Â  And it is a work-in-progress.Â  But Iâ€™ve come to realize that a goal to live past 100 or develop a lifestyle business that will outlive me will never happen if I donâ€™t articulate it and plan for it in my mind.

A goal unarticulated is never achieved.

What would you like your life to look like 25 years from now?Â  Can you visualize it as vibrant, active and highly mobile, devoid of dementia, drool and Depends?Â  What would you like said of you at your funeral?Â  You might even try writing your own eulogy to kickstart your 25-year plan development.Â  Or write a 100thÂ birthday speech.

Next week, weâ€™ll wrap up the series with three more boomer boredom antidotes.Â  Let me know what you think about 1-6.Â  Scroll down and leave a comment or a criticism.Â  We welcome your feedback and suggestions.

Find his thought-provoking articles and get a copy of his free ebook entitled â€œRealize Your Full-life Potential: Five Easy Steps to Living Longer, Healthier, and With More Purposeâ€ at www.makeagingwork.com. 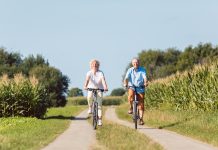 The Decade of the “Young Old” Begins 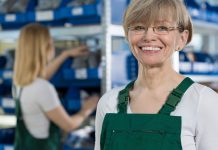 Can The Older Adults Of The Future Work The Future’s McJobs? 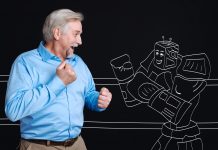 What The 2020s Have In Store For Aging Boomers

Six Reasons To Invest for Retirement Beyond â€œSo I Will Have Enough to Retire.â€

Deciding Where To Live In Retirement- Ep. 4 (podcast/vlog)